“Vacuuming is a waste of skilled time” says CEO of TPLC

In a recent poll of cleaning professionals, only two per cent ranked vacuuming as ‘important’, yet vacuuming takes about 25 per cent of a cleaner’s time. Automated vacuuming cost less, cleans better, saves energy and frees up skilled cleaning teams to concentrate on the important tasks.

Touch points, toilets and kitchens accounted for the other 98 per cent of votes, which makes perfect sense as these are the high-risk areas when it comes to infection control. Creating any time or cost saving in these areas is almost impossible, but vacuuming – that is easy to automate and could provide a lot more time for the 98 per cent of important tasks.

Pre-Covid, a cleaner was typically spending 25 per cent of their time vacuuming. The Perfect Little Cleaning Company (TPLC) wanted to understand cleaning priorities in the current climate, so asked 2,000 cleaning professionals to select which activity was the most important cleaning task. As predicted, vacuuming came bottom, with touch points, kitchens and washrooms scoring highest in level of significance.

Current government guidance states that regular cleaning plays a vital role in limiting the transmission of Covid-19 and that this should be increased in frequency paying particular attention to all surfaces, but especially ones that are touched frequently, such as door handles, light switches, work surfaces, remote controls and electronic devices. As a minimum, it is advised that frequently touched surfaces should be wiped down twice a day.

As we know, touch point sanitisation must be completed by skilled teams with a high level of accuracy and must be completed regularly. Talking with cleaning industry professionals we are finding less important tasks, like vacuuming, are often rushed or missed – or more staff are having to be recruited to deal with the additional work. Even though vacuuming is deemed less imperative at this time – it is the one task that can be the most noticeable when missed or rushed.

The time saved by using TPLC robot vacuums, named Abbee, can be used to free up cleaning personnel to execute the most critical tasks while ensuring visible and sanitisation standards remain at a high level.

Michael Richardson, CEO of TPLC, commented: “This recent poll puts vacuuming at the bottom of the list because it is not a touch point or key to people’s health. Vacuuming is easy to automate, saves money and releases time for the important tasks. Using automated technology for vacuuming works – Abbees collect 50 per cent more debris than a traditional tub vacuum and typically cost 50 per cent less to use. Replacing a laborious task with automation ultimately helps reduce the spread of infection by allowing people to concentrate on the really important responsibilities. We are also incredibly excited by the findings of a recent study which shows a fall in pathogen levels when using an Abbee compared to a traditional tub vacuum on carpeted floor areas.”

Golnaz Fathi, Sales and Marketing Director of TPLC said: “The cost of additional cleaning tasks and of illness to individuals, businesses and the overall economy is huge and if a proportion of this can be saved by giving cleaners extra time by automating some of their work, then it must be worth it.” 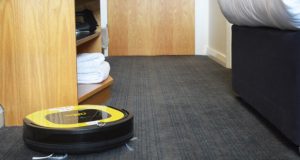 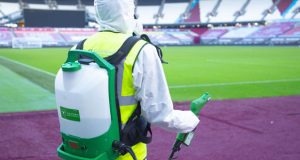 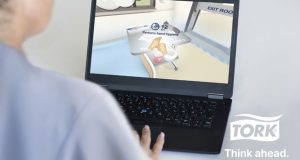