ISSA Hygieia Network, an ISSA Charities signature programme dedicated to the advancement and retention of women in the cleaning industry, announced its 2022 award winners during its eighth annual Awards Reception.

More than 900 industry professionals attended the event on Tuesday, 11th October at the McCormick Center in Chicago, Illinois during ISSA Show North America.

ISSA Hygieia Network Program Director Dr. Felicia L. Townsend commented: “As one of the core programmes Hygieia Network was founded on, we’re thrilled to announce and congratulate the 2022 winners who have gone above and beyond as we continue to break the glass ceiling for women in the cleaning industry. We’d like to thank our independent jury members who helped us determine our winners, as well as everyone who nominated an inspiring individual or company.”

The 2022 awards and winners include:

In addition to revealing this year’s winners, ISSA Hygieia Network acknowledged the 2022 Hygieia Network Scholarship recipient Madalynn Kennedy, who is pursuing a degree at Otterbein University in Westerville, Ohio. Hygieia also recognised the contributions of its volunteers and sponsors to a successful year of educational, mentoring, and networking programs.

To learn more and become a member, visit www.hygieianetwork.org/join.

Previous: SAVORTEX announces supplier partnership with CBRE
Next: Hive Cleaning certifies as a B Corporation 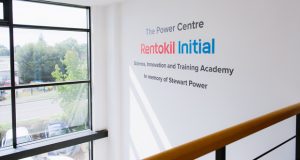 Rentokil Initial UK to recruit more than 200 apprentices in 2023