Participation in the world’s first global awareness campaign to fight fatbergs and plastic pollution has rocketed by more than 200%, as tens of thousands of Brits joined together to help reverse the environmental impact of the coronavirus pandemic.

With more people at home during the global lockdown, ‘coronavirus fatbergs’ have formed at alarming rates across the world as a result of ‘unflushable’ items and substances being put down drains on a larger scale than ever before as a result of toilet paper shortages earlier in the pandemic.

Plastic pollution levels have also risen, with more single-use plastic and disposable PPE being used throughout the crisis, but often not being disposed of correctly.

Led by Lanes Group and currently in its second year, Unblocktober tasks those taking part to adopt the strictest bathroom and kitchen habits in order to protect the environment for 31 consecutive days in October.

Participants must avoid putting fats, oils and grease (FOG), food, wet wipes and a range of other troublesome items down their drains in order to complete the challenge.

The number of participants taking part in the Unblocktober challenge, currently in its second year, rose from around 4,500 individuals in 2019 to over 14,500 in 2020.

Building on the success of 2019’s efforts, the campaign was a hot topic of discussion on social media, gaining the backing of well over 120 prominent organisations from across the world’s public and private sectors – including leading utilities companies, the Environment Agency, Water UK, and the Marine Conservation Society.

It also gained the support of a range of key political figures such as Alex Davies-Jones, the MP for Pontypridd, and Caroline Russell,  member of the London Assembly.

According to campaign coordinator Naomi Wright, Unblocktober was more important than ever this year, something the wider public clearly understood.

“With so many of us at home over the course of the year due to the coronavirus pandemic, and with the health of our loved ones our main concern, protecting our sewers and seas has not been a big priority for the majority of the public in 2020.

“However, that has unfortunately led to a huge spike in coronavirus fatbergs forming in sewers as our concentration naturally falters, as well as increased plastic pollution and a reduction in recycling.

“This year, we wanted to remind people that the environment needs us to take action now more than ever to reduce the potentially catastrophic impact of the pandemic. That led to the number of participants of Unblocktober rising by more than 10,000 people around the world and more than 70 organisations and prominent individuals helping us spread the word.”

According to a survey of Unblocktober participants, 88% considered themselves to be successful in meeting the goals of the campaign, with 49% stating they poured fats, oils and grease down the drain ‘a lot less’ during Unblocktober than before. A further 51% put food down the drain a lot less, and 51% also flushed wet wipes down the toilet a lot less.

Some 87% state that they are now ‘very aware’ of what should and shouldn’t go down the sink or toilet, up from 66% before Unblocktober.

Wright added: “October might be over but Unblocktober has just begun. We would encourage anyone who wants to do their bit to sign up and take part in the challenge – it doesn’t need to happen in October. All you need is 31 days of effort to show your support and adopt new, long-term habits that will help the environment.” 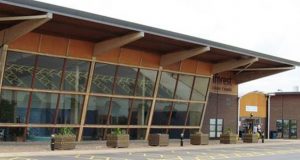 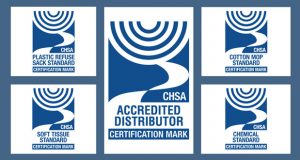 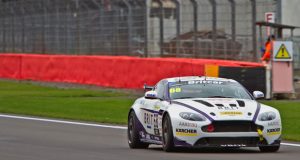